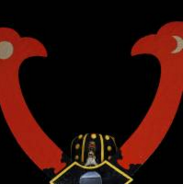 In a scene from the 1957 film “The Bridge on the River Kwai,” a haughty British Col. in a prisoner-of-war camp confronts the camp’s Japanese commandant. Citing the Geneva Convention as justification, he argues that his officers should not be forced into manual labor, which makes the commandant furious — he declares that he does not abide by Western laws; he adheres only to “Bushido,” the samurai code.

When Bushido first entered the world’s consciousness in 1900, with the publication of Nitobe Inazo’s “Bushido: The Soul of Japan,” it was viewed as an admirable code of chivalry. Its focus on a dedication to duty inspired people around the world, including Robert Baden-Powell’s Scout Movement. But by the 1940s, “Bushido” had become a byword for Japan’s suicidal tendencies and military cruelty.

Today, some connotations have shifted and some have remained the same. Bushido evokes a bygone age of honorable samurai, but also embodies the enduring notion that Japanese have a unique set of values distinct from the West’s. This line of thinking is part of the reason why nationalist groups in Japan are calling for revision to the current Constitution, issued during the U.S. Occupation of 1945 -52.

Perverse theories of Bushido dominated Japanese intellectual life from 1930-45 — eventually inspiring Kamikaze pilots to compose samurai-style death poems and take swords into the cockpit with them — but this was by no means inevitable. Though it initially flowered during the late Meiji Era (1868-1912), the popularity of Bushido in intellectual discourse faded after the death of Emperor Meiji in 1912. His successor, Emperor Taisho, who reigned from 1912 to 1926, suffered from serious physical and psychological ailments and did not inspire the same feverish devotion from his subjects as his father, offering a setback to Emperor-worshipping theories of Bushido. Furthermore, as World War I began, the threat to Japan from European nations receded and the Japanese economy boomed.

Yet this contrast between Japanese and Western values is very often a false one. One of the many brilliant ironies highlighted by “The Bridge on the River Kwai” is that the British Col. does not really care about the Geneva Convention for its preservation of universal human rights, but as a justification for the privileges of the class system. Meanwhile, the Japanese camp commandant reveres Bushido, a code originally designed to protect the privileges of the elite samurai class over the oppressed general populace. In other words, both men cling to anachronistic notions of privilege.

Bushido’s appeal was further affected when the Russian Revolution of 1917 unleashed a new age of radical socialism upon the world. And a costly military expedition in 1917-22 to intervene in the Russian Civil War led to mounting public opposition in Japan against the army. As Japan modernized during the 1920s, it may have seemed that the dated samurai code belonged to a previous age.

So, what led to the resurgence of Bushido in the 1930s? One reason was that imperialist theories about it — propagated during the late Meiji Era by nationalist critics such as Inoue Tetsujiro — had been incorporated in school textbooks from 1910. This effectively incubated a specific version Bushido in the minds of an entire generation, one that would provide an answer to the coming political problems.

As the ’30s dawned, a mood of national uncertainty descended on the country. It followed the start of the Great Depression and the Manchurian Incident of 1931, the beginning of Japan’s drawn out and ever-expanding wars in China. Alongside this change in mood, nationalist sentiments took hold, fueled by the U.S. Immigration Act of 1924, which banned all Asian immigrants to the U.S.; the perceived slights of the Naval Limitation Treaties; and the 1932 Lytton Report, condemning Japan’s machinations in Manchuria. Government propagandists and intellectuals began turning to Bushido for direction.

Picking up where Inoue had left off, military theorists and historians published didactic works about Bushido in the late ’20s and ’30s, such as such Kiyoshi Hiraizumi’s “Bushido no Fukkatsu” (“The Revival of Bushido”) and Yutaka Hirose’s “Gunjin Dotoku Ron” (“On Soldier Morality”). Influenced by the rise of fascism in Europe, many intellectuals saw Bushido as a way of inculcating national identity and unity. Gen. Sadao Araki, Japan’s war minister in the early ’30s, ensured that their concepts of Imperial Bushido became an essential part of military training.

However, the most extraordinary development related to Bushido during this decade lay in the reemergence of “Hagakure,” a previously obscure collection of 18th-century samurai maxims and anecdotes. When earlier theorists had written of the samurai code, they mostly concentrated on the writings of radical scholar Yoshida Shoin and Confucian scholar Yamaga Soko.

“Hagakure” is a collection of samurai “wisdom” spoken by provincial clerk Yamamoto Tsunetomo for the benefit of the retainers in the local clan. Opening with the line, “The way of the samurai lies in death” and promoting the idea that a samurai must be prepared to die for his lord, “Hagakure” would become a kind of bible for the Imperial Japanese Army and Navy. Before the ’30s, it had never been printed in full, but that changed as it was drawn into more nationalist interpretations of Bushido in the prewar period.

In 1938, a laudatory commentary on the “Hagakure” was published by Jiro Matsunami and, in 1940, the eminent philosopher Tetsuro Watsuji published an abridged version for soldiers to take to war.

What influence did books about Bushido and the “Hagakure” have on Japan’s soldiers in World War II? Prewar theorists argued that surrender to any enemy was unforgiveable under the samurai code. But, during the war itself, it was unclear whether soldiers refused to surrender because they actually believed in “Bushido” or, rather, feared being killed by the Americans or their own side for waving a white flag. Imperial Bushido also helped justify the brutal treatment meted out to Allied prisoners-of-war.

But the ideology played another, perhaps more serious, role in WWII: it seemed to fuel Japan’s determination to fight to the very last man and woman. This ferocious doggedness would influence the Allies’ decision to drop nuclear bombs on Hiroshima and Nagasaki.

Bushido is linked with many facets of Japan’s disastrous wartime experience. The seeds of this relationship were sown decades before the war, when Japanese textbooks were revised in 1910 and a generation was indoctrinated with nationalist interpretations of the samurai code.

In 1946, it may have seemed as though Imperial Bushido was well and truly laid low after the Emperor renounced his godliness. A gentler, peace-loving Japan could now emerge and more historically accurate versions of the samurai code could be published.

Japan’s current situation shows that the reality is not so straightforward. The 1910 changes to textbooks provide a sobering background to the recent revision of history textbooks in Japan — particularly the airbrushing out of “comfort women” and the 1937-38 Nanking Massacre.

Japan’s prewar education system was so saturated with ideas about Imperial Bushido that the concept could not easily be erased from the national psyche. In the latter half of the 20th century it would reemerge in some unexpected places.

This is the second in a three-part series on Bushido. Damian Flanagan is the author of “Yukio Mishima (Critical Lives)” and “Natsume Soseki: Superstar of World Literature.”

Do not you eat raw horse meat? It’s amazing for Japanese.